It has been well over a century since the death of George Muller (1805-1898), and sadly, fewer and fewer of each ensuing generation have been acquainted with the remarkable story of the man who believed unreservedly in the power of prayer. In his lifetime, Muller was known world-wide for his work with orphans in Bristol, and all who were familiar with the homes on Ashley Down knew that George Muller asked no one but God to provide for the needs of the thousands of children in his care and that God never failed to provide. “But without faith it is impossible to please him,” the Bible declares in Hebrews 11:6, “for he that cometh to God must believe that he is, and that he is a rewarder of them that diligently seek him.” This was the lived-out testimony of George Muller, who claimed that God had rewarded him with at least fifty-thousand answers to prayer. Some have said Muller’s faith in God’s hearing and answering prayer was child-like. He would have taken no offense. His child-like faith was rewarded with the blessing of being used by God to bring thousands of individuals to faith in Jesus Christ through his preaching in Bristol, the orphan homes, the distribution of Scripture by the Scriptural Knowledge Institution, aid to missionaries, and his world-wide evangelism campaign.

Be the first to review “George Muller” Cancel reply 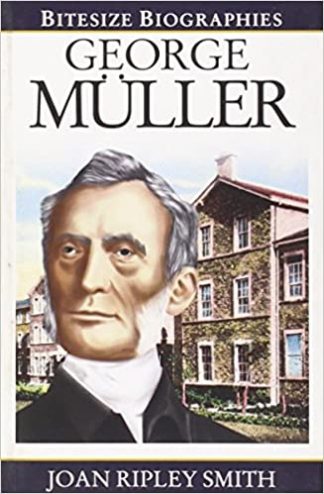