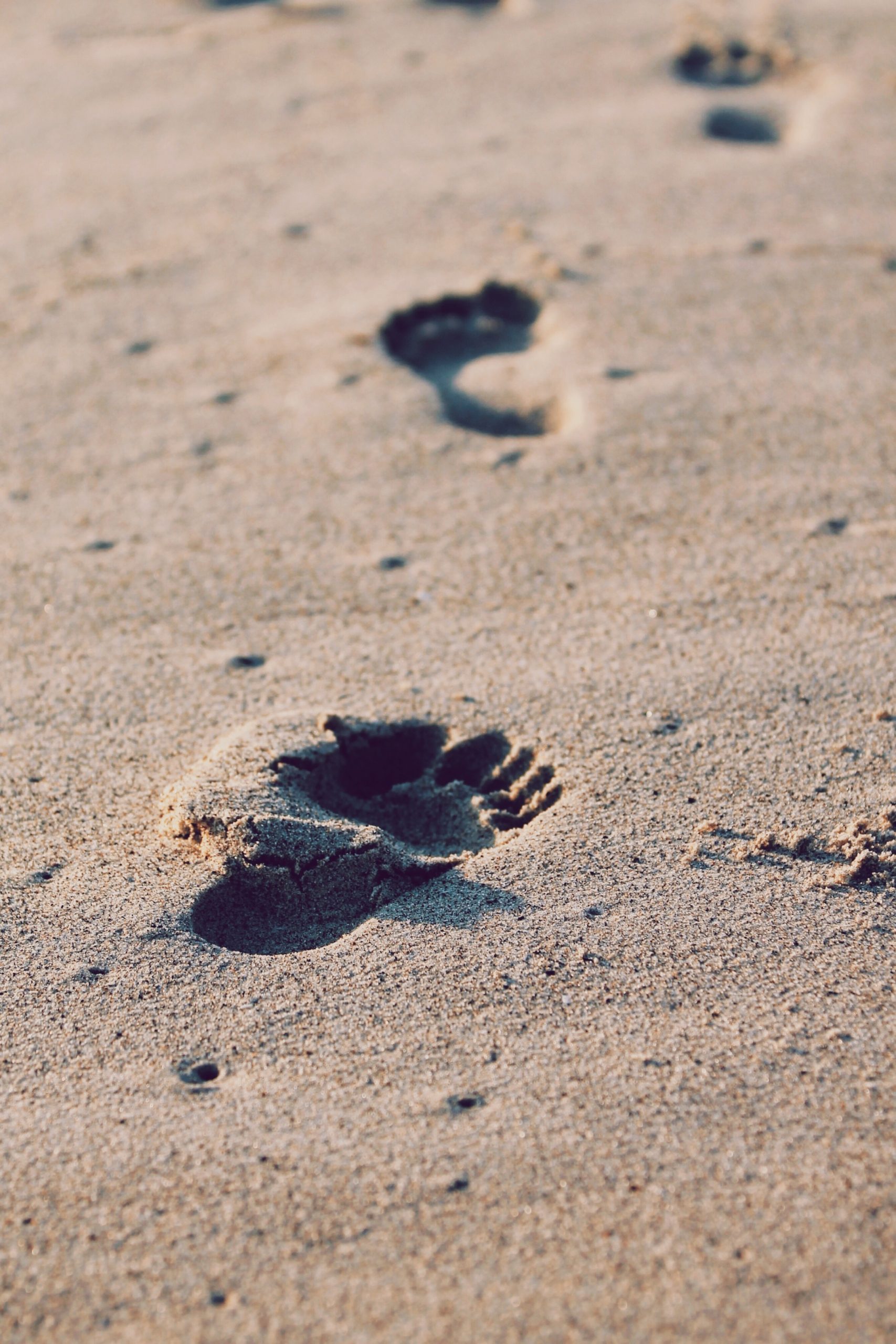 My one and a half year old daughter recently achieved a deeper level of “self-awareness.” No, she hasn’t been watching Shirley McLain or practicing her yoga techniques. This radical entry into greater realms of “conscious self-knowingness” will doubtless serve as an axis on which much of her future life will pivot.

With a furrowed brow and a wrinkled nose, she recently tugged on her mother’s skirt, pointed repeatedly toward her diaper and uttered a word which neither her mother, nor I, had ever systematically taught her. With pleading and desperate eyes she begged, “Change!”

My wife and I also had a moment of illumination as it dawned on us in a new and enlightened way that our daughter was more in tune with life than we had previously thought. “Admitting that you have a problem is the first step to getting help,” declared my wife as she doled out sympathetic and therapeutic consolations to our newly aware daughter. And within minutes, “Mama’s Quick Lube,” home of the two-minute diaper change, had taken care of the problem.

This desire for change in the life of my daughter has recalled to my mind one of the great oxymorons in our human experience: the constancy of change. In pre-Socratic philosophy, the 6th century thinker, Heraclitus, made the following statement: “The only thing that is permanent in the universe is change.” He made the claim that you cannot step into the same river twice. If you put your left foot in the river, by the time you take it out (and shake it all about), the river has performed the hocus-pocus and moved on. So the river you place your right foot is, is not, technically speaking, the same river.

It seems the only thing we can be certain of in this life, is that life will change. I know of a family that had relocated twenty-one times in twenty years. There is no certainty in the economy, our employment status or our health. It appears that only change is inevitable.

The nature of God, on the other hand, is quite different from the earth in which we live. He is constant and immutable. His dealings with people may vary in time/space history, but He is unmoved by any force outside of Himself. There is nothing more powerful than God. James 1:17 declares that with our Father, there is neither variableness, nor shadow of turning. God is so unlike us. God never changes because He doesn’t need to. He is perfect and entire, lacking nothing. This should be our goal also (see James 1:4).

The dilemma of change is endemic to our postmodern pop culture. Author Ken Myers asserts that pop culture is based on a principle of “planned obsolescence.” In other words, consumerism is built on the concept that we should never be satisfied with what we have. We always need, bigger, faster, better, more expensive and more, well…hip.

In the realm of theology, however, we find the antithesis of this notion. When we study the Scriptures we find an interesting paradox. We are taught that we should be content; yet still desire change. This is not, of course a contradiction. In logic, the Law of Non-Contradiction states that, “Two opposing statements cannot both be true at the same time and in the same way.” The reason this is a paradox (a true statement that appears to be false or contradictory) is because the Bible is referring to two different issues.

First of all, in terms of material things (the stuff of earth), we are told repeatedly to be content with what we have. We should stop desiring and demanding more. In Philippians 4:11-13, the Apostle Paul says, in regard to wealth, “I have learned, in whatsoever state I am, therewith to be content. I know both how to be abased, and I know how to abound: everywhere and in all things I am instructed both to be full and to be hungry, both to abound and to suffer need. I can do all things through Christ which strengtheneth me.”

Yet, this same writer, a chapter earlier admonishes us in regard to spiritual maturity, “Not as though I had already attained, either were already perfect: but I follow after, if that I may apprehend that for which also I am apprehended of Christ Jesus. Brethren, I count not myself to have apprehended: but this one thing I do, forgetting those things which are behind, and reaching forth unto those things which are before, I press toward the mark for the prize of the high calling of God in Christ Jesus.” (Phil 3:12-14)

Isn’t this the opposite of how we often live? We are so content with our spiritual life. We think we are doing pretty well overall. We live more moral lives than our neighbors, we go to church, and we don’t cheat old ladies out of their life-savings. We tend to rest on our haunches, pat ourselves on the back and stay the same as we have been. We resist spiritual growth and maturity, which requires change.

In regard to material wealth, however, we act like starved maniacs, chomping at the bit for a slightly larger slice of the proverbial pie. We are ravenous in our pursuit of, “just a little bit more.” What a stench this must leave in our Savior’s nostrils.

“So because you are lukewarm, and neither hot nor cold, I will spit you out of My mouth. Because you say, ‘I am rich, and have become wealthy, and have need of nothing,’ and you do not know that you are wretched and miserable and poor and blind and naked, I advise you to buy from Me gold refined by fire so that you may become rich, and white garments so that you may clothe yourself, and that the shame of your nakedness will not be revealed; and eye salve to anoint your eyes so that you may see. Those whom I love, I reprove and discipline; therefore be zealous and repent.” (Rev 3:16-19 NASU)

If only we ourselves could see, as God does, we would realize how we are wallowing in the filthy lucre of this world. Our obsession with more, and our willingness to wallow in spiritual complacency have left us in a truly miserable condition. If only we could grasp how much better it feels to be clean; to be willing to be changed, so that we can grow to maturity as spiritual adults, and not be dwarfed, spiritual infants our whole lives. We need the eye salve of the Holy Spirit to illumine to us how nice it is to have the filth of the world removed from our lives. May we, with childlike simplicity and trust, furrow our brow, wrinkle our nose, and plead to our Heavenly Father, “Change!”

Israel Wayne is an Author and Conference Speaker. He and his wife Brook are the parents of seven children and the directors of Family Renewal, LLC. www.FamilyRenewal.org